Combine a visit to the Golden Temple of Amritsar, the spiritual centre of the Sikh religion, with a journey to Dharamsala, the present home of the Dalai Lama, where you can savour the atmosphere of Tibetan Buddhism. The snowy mountains and steep hillsides of Dharamsala have ensured that the region has remained an idyllic place, little touched by the fast changing world around it.

Day 1 - Amritsar
You take the early morning express train from Delhi to Amritsar. Situated on the north western borders of India, in Punjab, the 400 year old city of Amritsar is the most important seat of Sikh history and culture. The city houses the sacred shrine the Golden Temple. At the centre of this enormous temple complex is the stunning Hari Mandir with its golden gleaming dome. In the afternoon you have a guided tour of Amritsar, including the Golden Temple. Heads must be covered and shoes removed when you enter the temple. You may consider returning to the temple on your own at night when itÂs beautifully lit up, with its imposing pure gold dome illuminated.

Day 2 - Amritsar
The morning is free is free to further explore the Golden Temple. Just before sunset you visit the flag lowering ceremony at the Wagah Border between India and Pakistan. The ceremony lasts for around 45 minutes in total. It starts with high patriotic spirits from sides of the border. Soldiers march towards the gate at the border, which is thrown open when they reach there. The soldiers salute each other other and start lowering the flags. The flags are lowered at the same time. The soldiers retrieve and fold the flags, the gate slams shut, and a trumpet sounds the end of the ceremony. The soldiers then return with their country's respective flag. Quite a show!

Day 3 - Dharamsala
Drive from Amritsar to Dharamsala, a hill station with a spectacular setting along a spur of the mighty Dhauladar mountain range. Surrounded by magnificent deodar and pine forests, tea gardens and beautiful hills, there are superb views over the valleys below. Since 1960, when it became the temporary headquarters of the Dalai Lama, Dharamsala has come to be known as the "Little Lhasa" in India.

Day 4 - Dharamsala
A guided morning tour to explore Mcleodganj, the upper tier of Dharamsala, which also houses the headquarters of H.H. the Dalai Lama. There are several temples and monasteries worth visiting. The most remarkable is the Norbulingka which has all the old-world charm of Tibetan architecture. The complex includes a temple, college, studio, workshops, guesthouse and cafe. Opened in 1995, the Norbulingka Institute is a living record of Tibet's rich culture, committed to preserving those of its arts that are being wiped out in the homeland.

Day 5 - Dharamsala
Today your tour ends after breakfast. You can continue your adventures by driving from Dharamsala to Manali (250 km, 8/9 hours drive) to do the Leh Manali Highway module in reverse. Alternatively, you can either return to Delhi by taking an overnight-train from Pathankot or drive to Shimla, stay there for two nights, and then take the toy train from Shimla to Kalka which connects with the Himalayan Queen to Delhi.

Amritsar Site of the Golden Temple

Situated on the north western borders of India, in Punjab, the 400 year old city of the Golden Temple is the paramount seat of Sikh history and culture. This strikingly beautiful temple is astonishingly peaceful given the huge numbers of Sikh pilgrims who come to pray and bathe in the holy water. A visit to this serene complex is a profound and unique experience.

Dharamsala is a hill station that was established by the British in the mid-19th century. It stands on a spur of the Dhauladhar range amidst magnificent deodar and pine forests, tea gardens and beautiful hills. Today Dharamsala is the home of the Dalai Lama and the Tibetan Government-in-Exile. It is therefore the best base to explore Tibetan Buddhism, history and culture.

Ranjits Svaasa is a luxury heritage spa resort located in the heart of Amritsar....

Daily from Delhi
From mid-December to mid-February it is cold in Dharamsala and there may be snowfall which makes the travelling time longer. 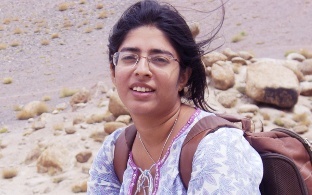